Harborough [Magna and Parva] was a settlement in Domesday Book, in the hundred of Bumbelowe and the county of Warwickshire.

Land of Richard the forester 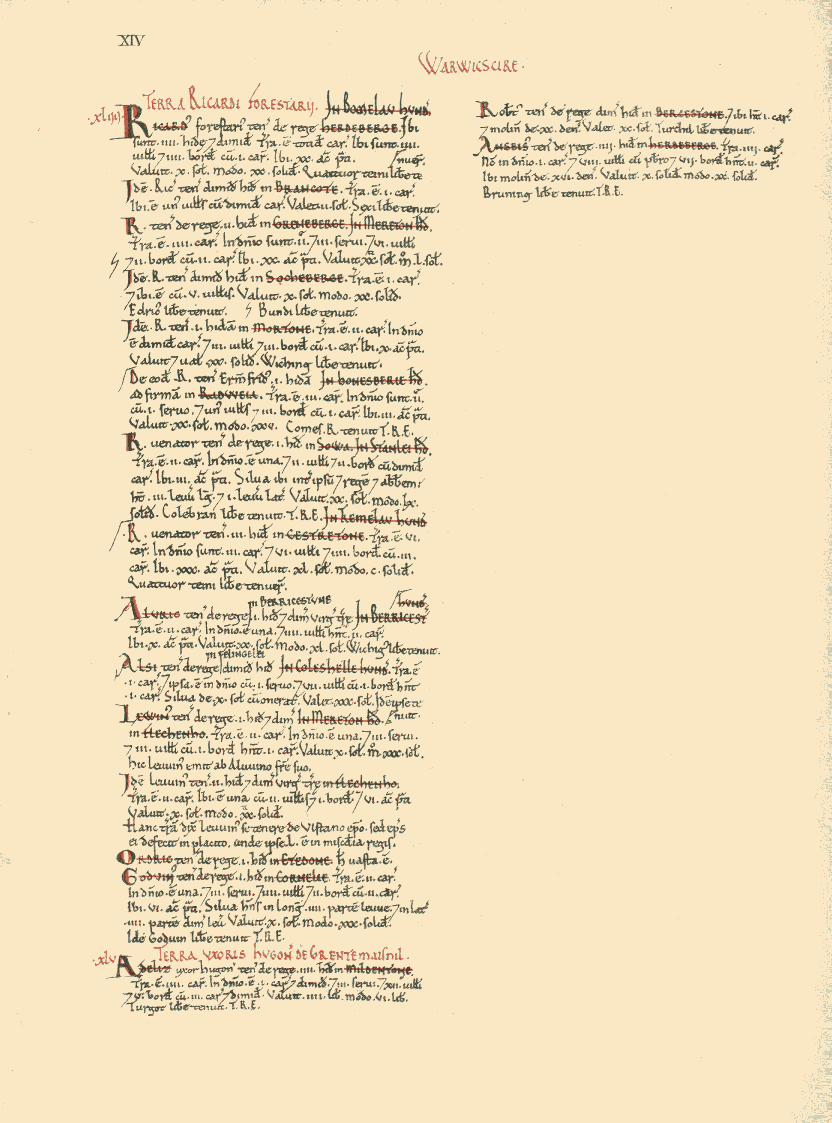 Land of Ansegis <of Newnham>